One of the most important goals of formal schooling is teaching text varieties that might not be acquired outside of school […] Early in school, children learn to read...

Today, 27/1/2019, Sajid Javid UK Home Secretary laid out that the Govt sees immigrants as an asset to generate a “maximum benefit”.

May´s thing with immigrants and freedom of movement

A couple of years ago I published research that examined how migrants were constructed both in the UK immigration legislation and in the information delivered through the UK Border Agency website. We wrote this in 2015 well before the Brexit Referendum. I read this again today and have realised how naive we were. The following is part of our conclusions:

What our results seem to suggest is that for the UK Administration, the issue of immigrant integration is not part of how immigrants are constructed in the legislation and the information that the UK immigration agencies and authorities publish and distribute. This failure to mention integration issues in the legislation is not found in other legal systems such as in Italy, where Hernández González (2016) discovered a tension between inclusion/integration and exclusion/control in the same 2007–2011 period. The language-driven evidence provided in this study corroborates that the use of the lemma ‘migrant’ in the two corpora analysed calls for a partial construction of immigrants mainly as workers who need to be tightly controlled and classified into Tiers to prevent unlawful behaviour. In doing so, migrants, an alternative word for immigrants in our research context, acquires an extremely subtle negative prosody.

Our article, Language teachers’ perceptions on the use of OER language processing technologies in MALL, has just been published on Computer Assisted Language Learning... 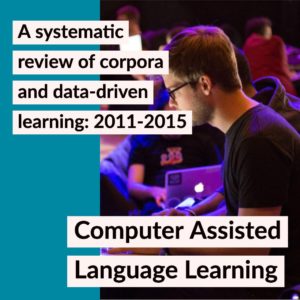