Really exciting times for DDL and corpus linguistics and education researchers. There’s some interesting new stuff that has just been published, including some interesting conference videos. Here’s my selection.

The tools and techniques of corpus linguistics have many uses in language pedagogy, most directly with language teachers and learners searching and using corpora themselves. This is often associated with work by Tim Johns who used the term Data-Driven Learning (DDL) back in 1990. This paper examines the growing body of empirical research in DDL over three decades (1989-2019), with rigorous trawls
uncovering 489 separate publications, including 117 in internationally ranked journals, all divided into five time periods. Following a brief overview of previous syntheses, the study introduces our collection, outlining the coding procedures and conversion into a corpus of over 2.5 million words. The main part of the analysis focuses on the concluding sections of the papers to see what recommendations and future avenues of research are proposed in each time period. We use manual coding and semi-automated corpus keyword analysis to explore whether those points are in fact addressed in later publications as an indication of the evolution of the field 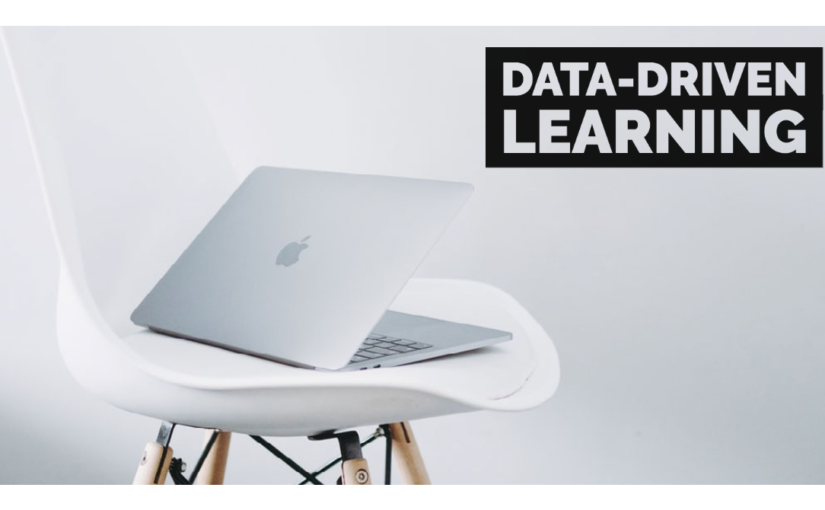 Check out the programme here.

It´s 11 years now that Johansson´s (2009:41) claimed that more systematic studies are needed in order to test the benefits of DDL and to discuss ‘students’ problems with corpus investigation’. The meta-analyses carried out by Boulton & Cobb (2017) and Lee, Warschauer & Lee (2018) have cast robust results on the benefits of DDL.  Boulton & Cobb found average effect sizes of 1.50 for pre/posttest designs and 0.95 for control/experimental designs. Lee, Warschauer & Lee (2018) have reported a medium-sized effect of corpus use on vocabulary learning. Overall, these are medium or large effect sizes that support the use of DDL for language learning. The second claim presents researchers with different angles to exploit, and can possibly be studied using different approaches and foci. Chambers (2005:111) called for further research that looks at ‘the integration of corpora and concordancing in the language-learning environment’, and Pérez-Paredes et al,. (2012:499-500) noted that few studies have examined the interaction of learners with corpora and, as an extension, how learning happens. This study problematized the role of learners as researchers as it was found that only a small percentage of the searches either were effective or showed the minimum levels of sophistication needed to carry out the task at hand.

DDL research has paid considerable attention to measuring the outcomes of learning, but perhaps not so much to what learning and how learning takes place. Lee, Warschauer & Lee (2018) noted that using ‘pre-selected, comprehensible concordance lines appears more effective in supporting their corpus-based activities’ and so does learner-friendly concordancer software specifically designed for L2 learning’, something that had been pointed out in Pérez-Paredes, (2010). An emphasis on technology and tools is manifest. In this talk I will examine one of those angles that need further attention: learning. I will draw on the systematic review of the uses and spread of data-driven learning (DDL) and corpora in language learning and teaching across five major CALL-related journals during the 2011–2015 period in Pérez-Paredes (2019). This review examined 32 research papers published in high rank CALL journals and concluded that the normalization (Bax, 2003) of corpus use in language education has only taken place in a limited number of contexts, mostly in Higher Education, where language teachers and DDL researchers subsume overlapping roles. This finding echoes Boulton´s (2017) call to widen the scope of our research to a more comprehensive spectrum of learning contexts. I will outline a taxonomy of language learning focus, learners´ abilities and processes advocated in the body of research examined that can enhance our understanding of the role played by learning in future data-driven language learning theory or theories.

This talk seeks to contribute to previous work that has tried to bridge the gap between research and practice (Chambers, 2019). I will argue that DDL researchers need to move away from a technology-oriented DDL (Godwin-Jones, 2017) and pursue efforts that widen our understanding of the contributions of DDL to SLA, the contributions of SLA to DDL, and the in-depth analysis of the role of DDL in the broader language learning context, including the use of cognitive strategies (Lee, Warschauer & Lee, 2020).

Pérez-Paredes, P. (2019). A systematic review of the uses and spread of corpora and data-driven learning in CALL research during 2011–2015. Computer Assisted Language Learning.

Compilation of a corpus 4

A taxonomy of language learning targets

An agenda for a learning-driven DDL

From Gutiérrez, A., Leder, G. C., & Boero, P. (2016). The Second Handbook of Research on the Psychology of Mathematics Education : The Journey Continues. Brill | Sense.

Pattern activities have been considered to be one of the main ways for introducing students to algebra (e.g., Ainley, Wilson, & Bills, 2003; Mason, 1996). From this perspective, algebra is about generalizing (Radford, 2006). Previous research has evidenced that visual approaches generated in tasks involving the generalization of geometric figures and numeric sequences can provide strong support for the development of algebraic expressions, variables, and the conceptual framework for functions (Healy & Hoyles, 1999). However, not all activities lead to algebraic thinking. For example, placing the emphasis on the construction of tables of values from pattern sequences can result in the development of closed-form formulas, formulas that students cannot relate to the actual physical situation from which the pattern and tables of values have been generated (e.g., Amit & Neria, 2008; Hino, 2011; Warren, 2005). This impacts on students’ ability to identify the range of equivalent expressions that can be represented by the physical situation.The patterns utilised in the 2005–2015 research encompassed both linear and quadratic functions that were represented as a string of visual figures or numbers. The activities students engaged in involved searching for the relationship between the discernable related units of the pattern (commonly called terms), and the terms’ position in the pattern. These reflect the types of activities predominantly used in current curricula to introduce young adolescent students to the notion of a variable and equivalence.

Fundamental to patterning activities is the search for mathematical regularities and structures. In this search, Rivera (2013) suggests that students are required to coordinate two abilities, their perceptual ability and their symbolic inferential ability. This coordination involves firstly noticing the commonalities in some given terms, and secondly forming a general concept by noticing the commonality to all terms (Radford, 2006; Rivera, 2013). Finally, students are required to construct and justify their inferred algebraic structure that explains a replicable regularity that could be conveyed as a formula (Rivera, 2013). At this stage the focus is no longer on the terms themselves but rather on the relations across and among them (Kaput, 1995).

Emerging from the findings of this current research is that while young students are capable of noticing pattern structure and engaging in pattern generalization, they exhibit many of the difficulties found in past research with older students. As revealed in the findings of this research: young students have difficulties moving from one representational system to another such as from the figures themselves to an algebraic form that conveys the relationships between the figures (Becker & Rivera, 2007); students tend to be answer driven as they search for pattern structure (Ma, 2007); they engage in single variational thinking or recursive thinking (Becker & Rivera, 2008; Warren, 2005); they fail to understand algebraic formula (Warren, 2006; Radford, 2006); and, they have difficulties expressing the structure in everyday language (Warren, 2005). In addition, initial representations of the pattern (e.g., pictorial, verbal and symbolic) can influence students’ performance. This is particularly evident as 139 10 and 11 year-old students explored more complex patterns (Stalo, Elia, Gagatsis, Teoklitou, & Savva, 2006), with pictorial representations of patterns proving easier for students to predict terms in further positions and articulate the generalization

Adding to the research is a delineation of the types of capabilities that assist young students to reach generalizations. The ability to see the invariant relationship between the figural cues is paramount to success (Becker & Rivera, 2006; Stalo et al., 2006). The development of specific language that assists students to describe the pattern (e.g., position, ordinal language, rows) (Warren, Miller, & Cooper, 2011; Warren, 2006) and fluency with using variables (Becker & Rivera, 2006) help students to express and justify their generalization. In addition, Becker and Rivera (2006) found that students who had facility with both figural ability and variable fluency were more capable of noticing the structure, and developing and justifying generalizations. By contrast, students who fail to generalize tend to begin with numerical strategies (e.g., guess and check) as they search for generalizations and lack the flexibility to try other approaches (Becker & Rivera, 2005). This has implications for the types of instructional practices that occur in classroom contexts. It is suggested that instruction that includes verbal, figural and numerical representations of patterns, and emphasises the connections among these representations assists students to reach generalizations (Becker & Rivera, 2006). An ability to think multiplicatively has also been shown to assist students generalize figural representations of linear patterns (Rivera, 2013).

Results from Radford’s longitudinal study of 120 8th grade (typically 13–14 year-olds) students over a three year period delineated three types of generalization that emerged from the exploration of figural pattern tasks: factual; contextual; and symbolic (Radford, 2006). The first structural layer is factual: ‘it does not go beyond particular figures, like Figure 1000’. The generalization remains bound at the numerical level. Expressing a generalization as factual does not necessary mean that that is the extent of student’s capability. It may simply be that this level can answer the question posed by others or the context in which algebra is needed (Lozano, 2008). The second layer is contextual; ‘they are contextual in that they refer to contextual embodied objects’ and use language such as the figure and the next figure. Finally, symbolic generalization involves expressing a generalization through alphanumeric symbols. The suggested criteria that can be used to assist teachers to distinguish these levels of early algebraic reasoning are: the presence of entities which have the character of generality; the type of language used; and, the treatment that is applied to these objects based on the application of structural properties (Aké, Godino, Gonzato, & Wilhelmi, 2013). The latter refers to how students express this generality. Aké et al. (2013) suggest that algebraic practice involves two crucial aspects, namely, being able to use literal symbols as a general expression and relate this expression to the visual context from which it is derived. In addition, with growing patterns gesturing between the variables (e.g., pattern term, pattern quantity) in conjunction with having iconic signs to represent both variables (e.g., counters for pattern term and cards for pattern quantity) helped 7–9 year old Indigenous students to identify the pattern structure (Miller & Warren, 2015)

Gutiérrez, A., Leder, G. C., & Boero, P. (2016). The Second Handbook of Research on the Psychology of Mathematics Education : The Journey Continues. Brill :Sense

Pérez-Paredes, P. (2019). A systematic review of the uses and spread of corpora and data-driven learning in CALL research during 2011–2015. Computer Assisted Language Learning. 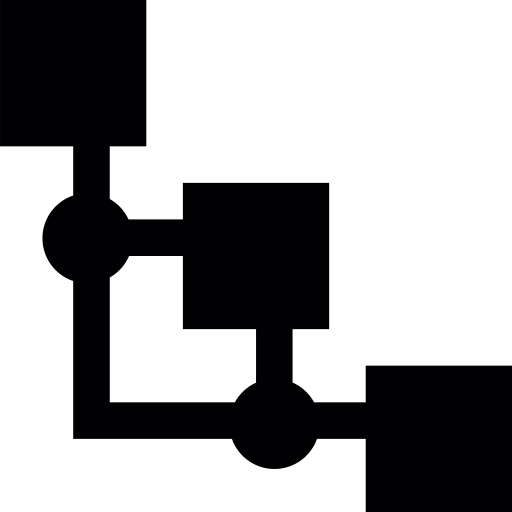 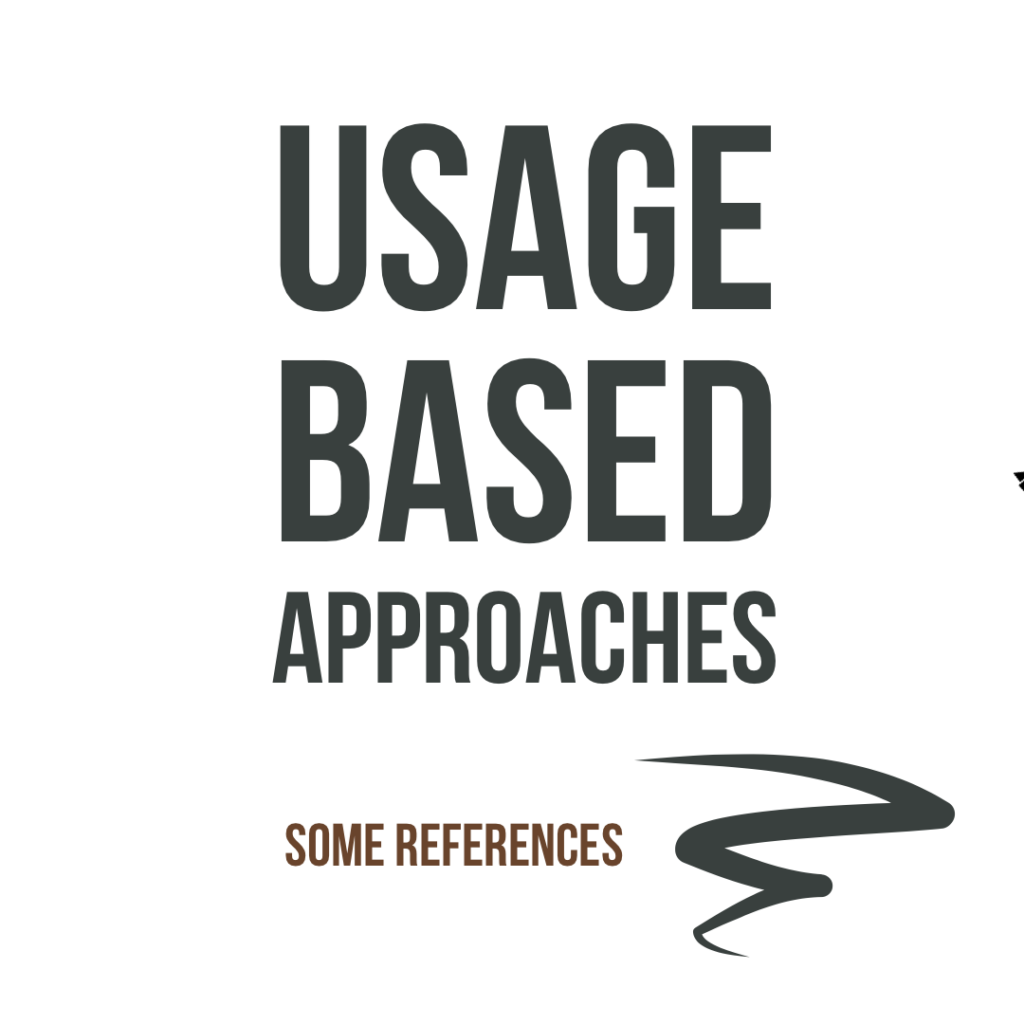 Tyler, A. (2010). Usage-Based Approaches to Language and Their Applications to Second Language Learning. Annual Review of Applied Linguistics, 30, 270-291.