Ethnographies of academic writing: research and pedagogy
May 16-17th, 2019 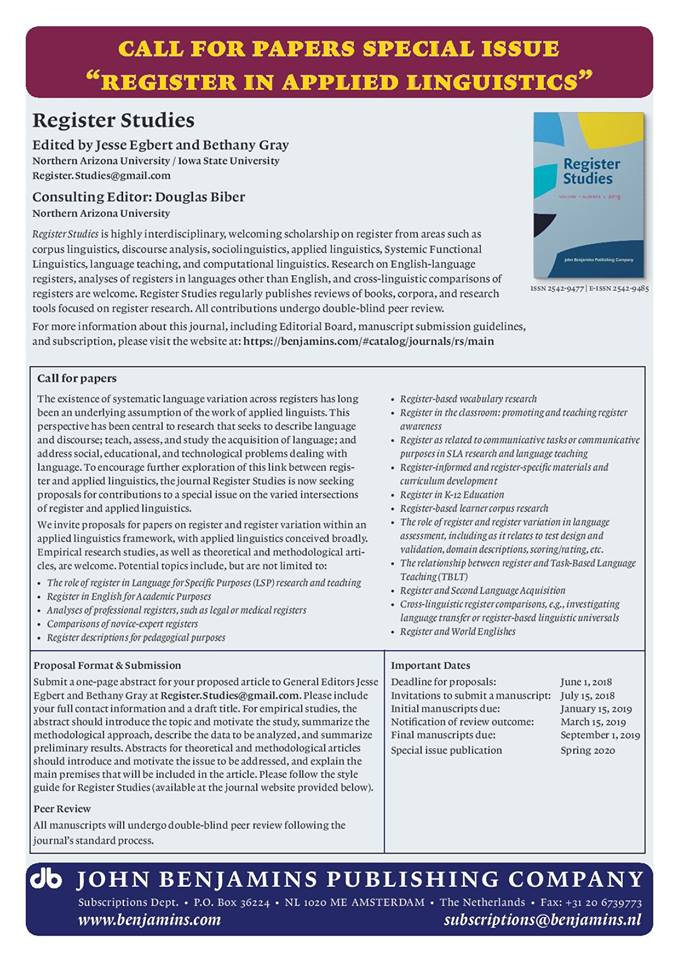 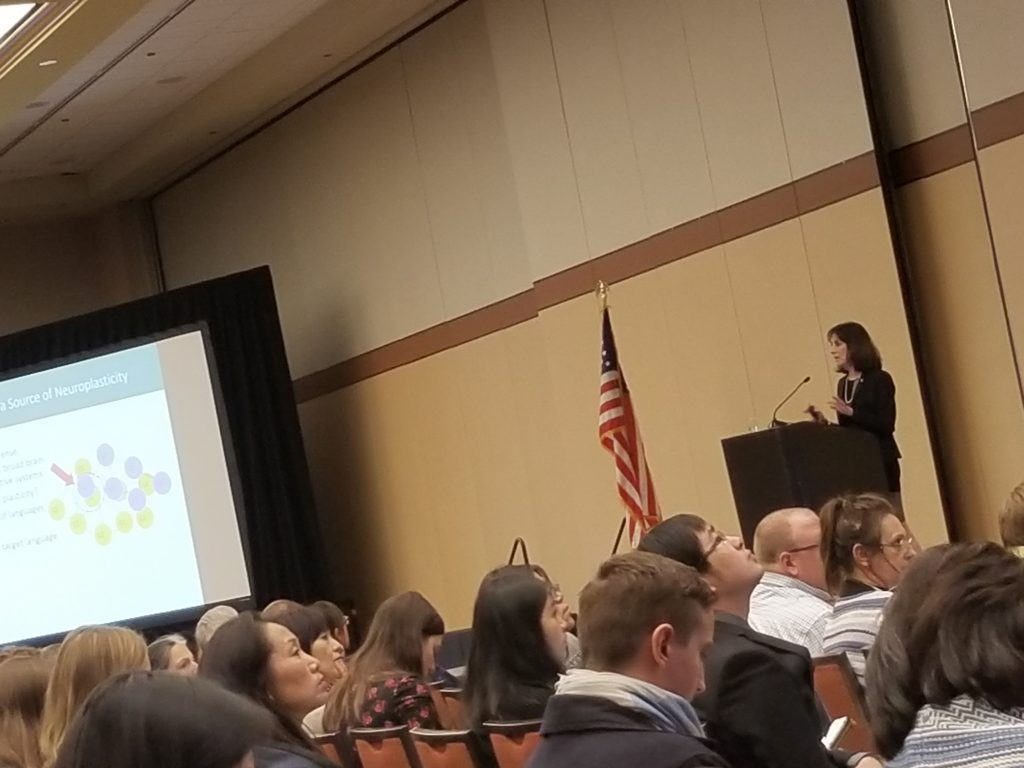 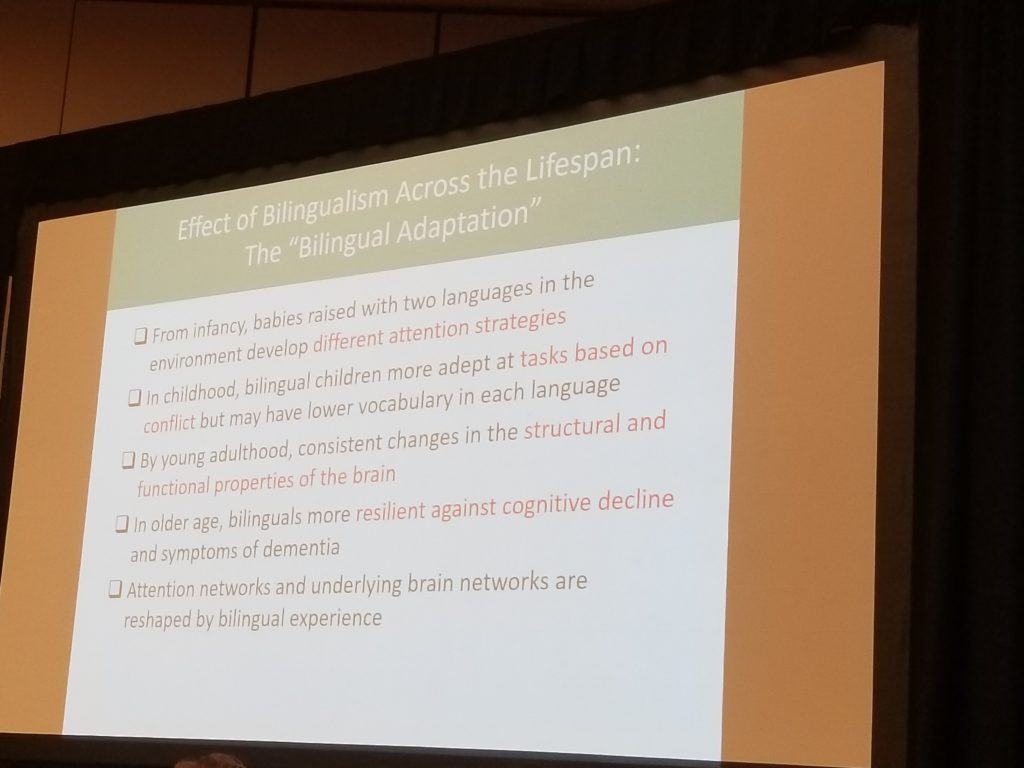 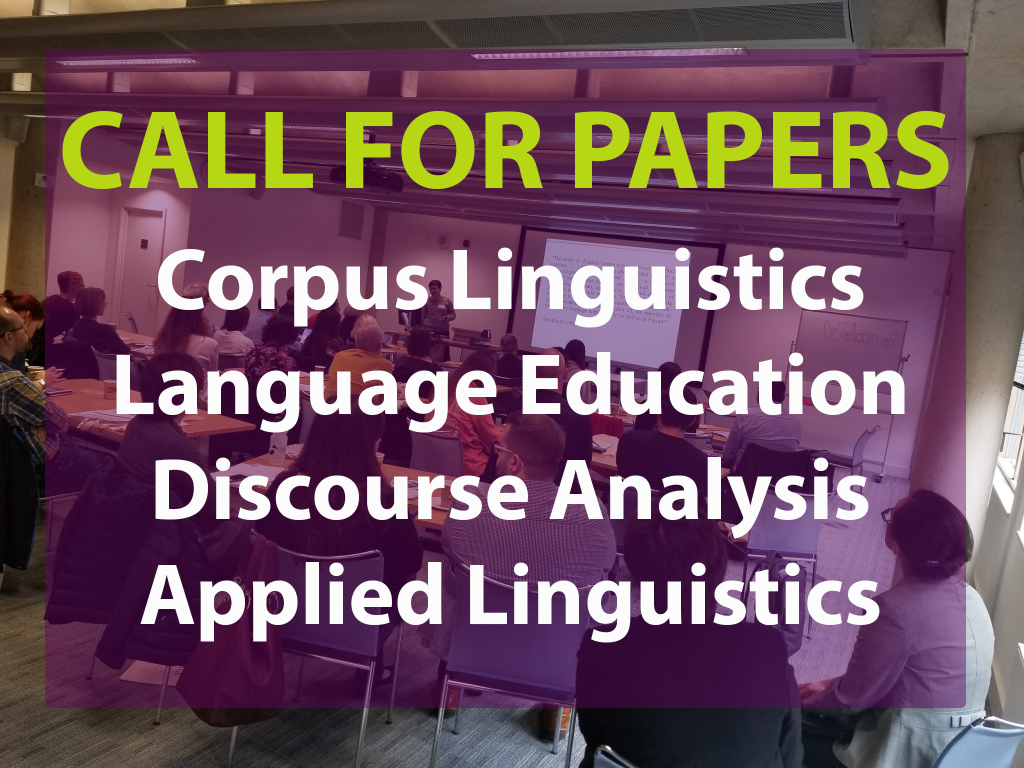 Call for chapters for an edited book focusing on the use of corpora for data-driven learning (DDL, Johns, 1991) with young (i.e. pre-tertiary) learners.

DDL, despite being a feature of corpora and language learning research for some time, has really taken off as a viable methodological approach in the last decade due to innovations in corpus query interfaces, data visualisation, open access and improved internet access/speed. However, for a number of reasons including access, resources and difficulties in convincing those outside academia of the value of DDL, the majority of studies on DDL are conducted with tertiary or adult learners, leaving DDL for younger learners (those in pre-school, primary, or secondary education) as a relatively underexplored area in the literature.

With this in mind, chapter proposals are invited that explore the use of DDL with younger learners. Studies dealing with DDL for first or second language acquisition, genre and register learning/teaching and DDL for the teaching/learning of subjects other than languages are particularly welcome. The corpora involved in any of these studies can be spoken, written or multimodal. Chapters may be empirical studies of corpus use and its effects on learning, studies that explore the perceptions of corpus use by younger learners/teachers of younger learners, or studies that make a novel contribution to theory or methodology, such as new software or corpora that deal specifically with younger learners, and new approaches in training teachers / students of younger learners in DDL techniques.

Final chapters will be approximately 6000-7500 words. Chapter proposals of 400-500 words are due mid April, 2018. The edited volume is to be published by Routledge in 2019, part of the Taylor and Francis publishing group.

Please feel free to signal your interest or discuss your ideas by contacting the editor at p.cros@uq.edu.au.

Acceptance notification in April, with final submissions due December 2018/January 2019.

The Annual IVACS One-Day Symposium will be hosted by the Centre for Irish Language Research, Teaching and Testing, School of Celtic Studies, Maynooth University, on Saturday, 24th February 2018. This year’s main theme is Corpus research in challenging contexts, including:

Abstracts should be sent by email, as MS word documents, to aoife.nighloinn@mu.ie

Registration for this event is free.

For more information about the IVACS research network, see http://www.ivacs.mic.ul.ie/.

Maynooth University is located just 25 kilometres from the centre of Dublin city.  Our campus is closely integrated with the historic and lively town of Maynooth, Co. Kildare, which is easily accessible by car, bus, and train.  For driving directions and information on public transport options, see https://www.maynoothuniversity.ie/location.

Or find us on Google Maps: https://goo.gl/maps/K4tVUWFHFhm

The nearest airport is Dublin airport, 33km north east of Maynooth.  There is an hourly shuttle bus between Dublin airport and Maynooth.  Tickets can be purchase online athttps://airporthopper.ie/maynooth-timetable/.

There is a range of guest rooms (ranging from €28 – €92 per person per night) available on the historic South Campus of the university, a 5-minute walk from the symposium venue on the North Campus.  See https://www.maynoothcampus.com/rooms/ for details.

The Glenroyal Hotel: Located in the centre of the village, very close to the train station and bus stops and a 15-minute walk to the North Campus.  See https://www.glenroyal.ie. 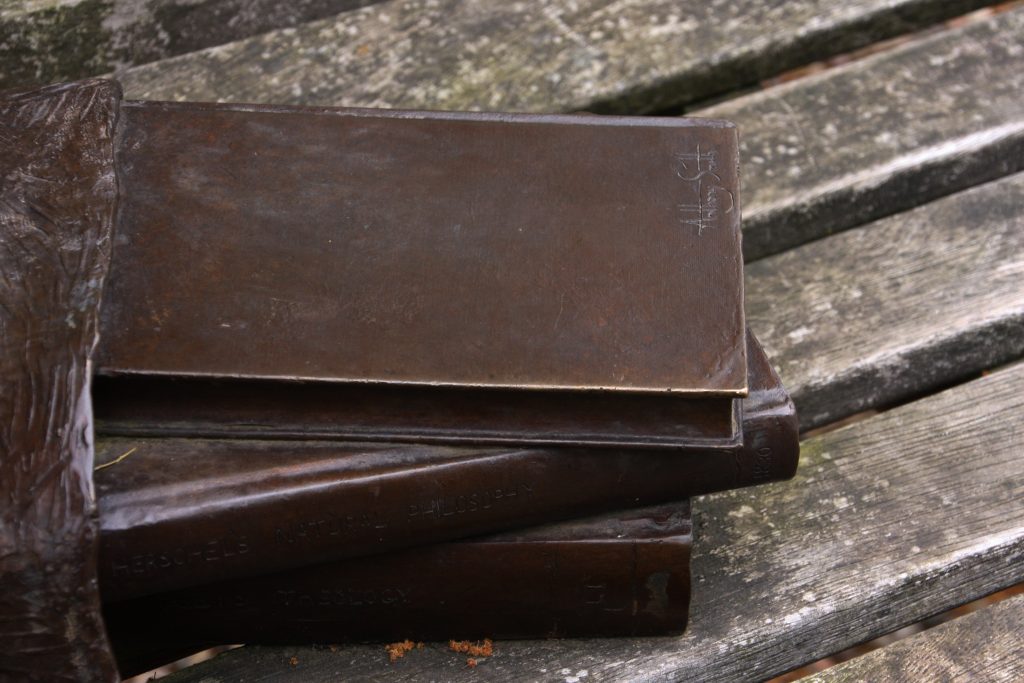 Making the Links: from theory to research design and back again

The video is a film of the lecture given by Professor Madeleine Arnot for the M.Phil, M.Ed, Ph.D and Ed.D courses on educational research. It offers students a chance to think about some recent debates about the role of theory in research, and the ways in which a theoretically informed study can be designed. The examples given derive from actual research projects.

Category A – I have found theories (or a conceptual framework) I like which I am going to use.
Category B – I am worried because I don’t have a theory or conceptual framework, or can’t find one.
Category C – This is not relevant to me. I am a practitioner and want to improve practice not educational theories. I already know what I want to find out
Category D – I think theory- driven projects are biased and restrictive, I want to start with the data.

-Have you considered how to “position” yourself? What does “positioning” entail?

-Why is it not enough to describe “the world”?

-What is the link between our RQ and theories? Is it one of those technical issues favoured by existing govt policies?

-What is the role of “grand theories”? Is there a grand theory particularly relevant in your research?

-“Life is messy message”. What do you take from this? What´s wrong with “patterns”?

-Theoretically-driven research vs grounded approach. How does this play out in your research?

-How useful are the models discussed by Prof Arnot for your research ( a>b, triangle, circular, deconstruction models)?

-Thinking conceptually and research designs. How does “concept” impact your research methods?