“Academic writing and research may be knotty and strange, remote and insular, technical and specialized, forbidding and clannish—but that’s because academia has become that way, too. Today’s academic work, excellent though it may be, is the product of a shrinking system. It’s a tightly-packed, super-competitive jungle in there”.

Read the article by Joshua Rothman

The next session of Writing in the Sciences starts Tuesday September 2 on OpenEdX.
Registration is here: https://class.stanford.edu/courses/Medicine/Sci-Write/Fall2014/about 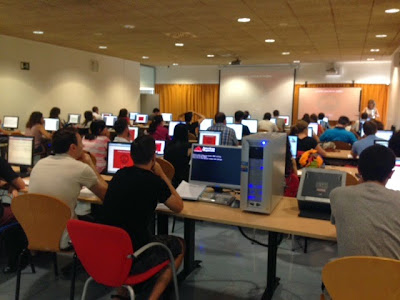 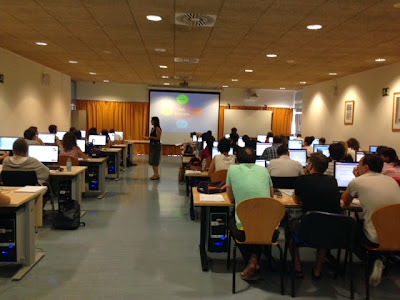 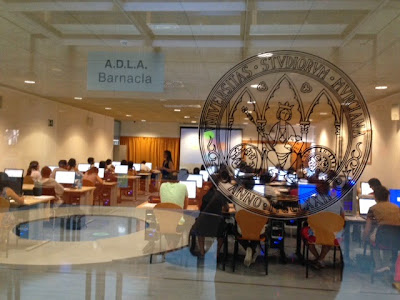 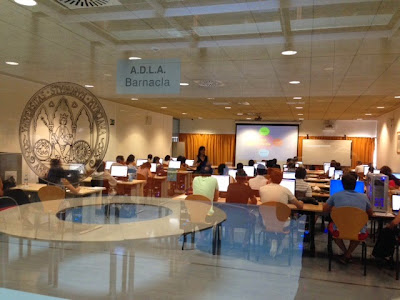 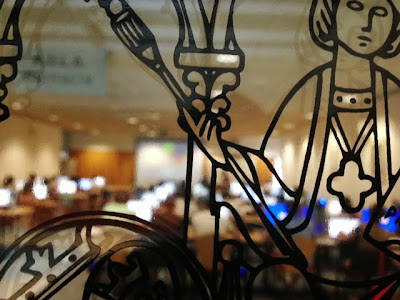 Dr. Pilar Aguado joined the English Department at the University of Murcia in 1990. She took her PhD in 1997 (Shakespeare’s Stage Directions: F1 and Editorial Intervention in the 18th Century) and got her permanent position as a Senior lecturer in 2004. Her main teaching and research interests are Teaching English as a Foreign Language, ICTs, Materials Design and ESP. She has been a Language Advisor for CAGE Panel, Cambridge University Press (2003/05), has been involved in several research projects on Learner Corpora and Orality, and collaborates as a referee in some international journals in the field of English Studies. She is now involved in a National Project onLegal Language based on corpora.

Dr. Rosa M. Manchón is Professor of Applied Linguistics at the University of Murcia, Spain, where she teaches undergraduate courses in applied linguistics and second language acquisition (SLA) as well as postgraduate courses in research methodology, language teaching methodology and SLA.  Her research interests and publications focus on cognitive aspects of SLA, and SLA-oriented L2 writing. She has published articles in journals such as Communication and Cognition, Learning and Instruction, International Journal of English Studies, Journal of Second Language Writing, Language Learning, and The Modern Language Journal. She has edited 4 guest edited issues in IRAL (2008, with Jasone Cenoz), International Journal of English Studies (2001, 2007), and Journal of Second Language Writing (2008, with Pieter de Haan) as well as several books: Writing in Foreign Language Contexts: Learning, Teaching and Research (Multilingual Matters, 2009), Learning-to-Write and Writing-to-Learn in an Additional Language (John Benjamins, in press/2011), Task-based L2 Language Learning: Insights from and for L2 Writing (with H. Byrnes. John Benjamins, In preparation, 2012),L2 Writing Development: Multiple Perspectives (De Gruyter Mouton, 2012), and The handbook of Second and Foreign Language Writing (with Paul Patsuda, in preparation).  She has served on the Editorial Board of the AILA Applied Linguistics Series (2005-2011) and in 2011 she was elected AILA Publications Coordinator, hence bec
oming Editor of AILA Review and the AILA Applied Linguistics Series, both published by John Benjamins. She serves on several journal editorial boards and has been Co-Editor of the Journal of Second Language Writing since January 2009 (first with Ilona Leki and currently with Christine Tardy). In the last ten years she has been the head researcher of 6 long-term, publicly financed research projects.


Dr. Pascual Pérez-Paredes is a qualified Official Translator  (Traductor Jurado) appointed by the Spanish Ministry of Foreign Affairs and a senior lecturer with the Department of English at the University of Murcia . His main interests are quantitative research of register variation, the compilation and use of language corpora and the implementation of Information and Communication Technologies in Foreign Language Teaching/Learning. He has been project coordinator of a MINERVA initiative funded by the European Commission SACODEYL; coordinator in Spain of Corpora for Content & Language Integrated Learning, a LLP K2 Transversal programme, responsable for the Spanish EFL component of the Louvain International Database of Spoken English Interlanguage (UCL) and research member of the The International Corpus of Crosslinguistic Interlanguage  (TUFS, Japan). Some of his most recent publications include Researching Specilized Languages, co-edited with V. Bhatia and P. Sánchez, John Benjamins;  Developing annotation solutions for online Data Driven Learning, ReCALL Journal; the co-edition of Software-aided analysis of language, with Mike Scott and P. Sánchez;  or research papers on JCR-indexed  journals such as International Journal of Corpus Linguistics, System, Language, Learning and Technology or CALL, all of them dealing with the interplay of language corpora, language analysis and language education.  In 2009 and 2010, he was a Research Fellow with the English Department in Northern Arizona University, developing research with Douglas Biber and Randi Reppen. Pascual Pérez-paredes is the Principal Investigator (PI) for Languages for specific purposes, language corpora, and English linguistics applied to knowledgeengineering at UM.  He has co-edited a special issue for ReCALL journal (Cambridge University Press) entitled “Researching new uses of corpora for language teaching and learning”. Pascual Pérez-Paredes is an undergradute computer scientist and passionate for digital culture and computers.

Dr. Purificación Sánchez Hernández is a senior lecturer in the Department of English at the University of Murcia where she teaches undergraduate and master courses on English for Specific Purposes: Science and Technology and Applied Linguistics.  Her major research interests comprise scientific discourse, analysis of the language of Biology and the compilation and use of language corpora. Some of his most recent publications include Researching Specilized Languages, co-edited with V. Bhatia and P. Pérez-Paredes, John Benjamins and  the co-edition of Software-aided analysis of language, with Mike Scott and P. Pérez-Paredes In the last 3 years she has been the head researcher in an European funded project. She has been a professional translator in the field of science and has taught several courses on Writing research papers for novice teachers in the University of Murcia

María Sánchez-Tornel graduated in English Studies from the University of Murcia (Spain). She obtained an MA in Applied Linguistics with an MA thesis is entitled “Metacognitive Strategies in Computer-assisted Language Learning Environments”. Following this she was awarded a research grant under the EU-funded research project Corpora for Content and Language Integrated Learning: BACKBONE and, afterwards, she earned a PhD scholarship from the University of Murcia. Now she is fully devoted to her doctoral thesis on the use of linguistic corpora in the foreign language classroom and she is also a member of the team in charge of the project LADEX, which studies the representation of immigrants in legal-administrative language.

Dr. Carmen Sancho Guinda is a senior lecturer in the Department of Applied Linguistics at thePolytechnic University of Madrid, where she teaches English for Academic Purposes and Professional Communication and coordinates in-service training seminars for teachers undertaking English-medium instruction within EHEA programmes. Her major research interests comprise the interdisciplinary study of discourse, genre analysis and innovation in the teaching and learning of academic literacies. She has recently co-edited Stance and Voice in Written Academic Genres with Ken Hyland (Palgrave, 2012) and is currently engaged in the co-edition of Narrative in Academic and Professional Genres (Peter Lang, 2013) with Maurizio Gotti.

Dr. Debra Westall has been a member of the teaching and research staff at the Department of Applied Lin
guistics (Universitat Politècnica de València) (UPV) since 1996 and is Associate Professor of English for Specific Purposes. Her current research interests are language contact between American English and Peninsular Spanish, Spanish nutritional discourse and health reporting on childhood obesity. She is co-author of three books for learners of English for academic purposes. Her decade of experience as a linguistic consultant and scientific editor has also allowed her to explore how UPV researchers write for publication in high-impact journals.