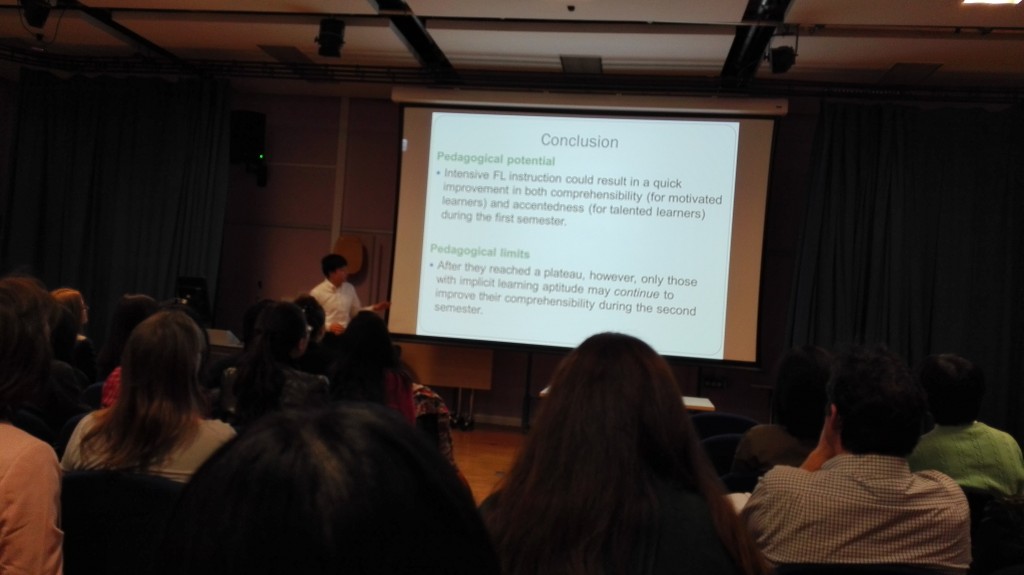 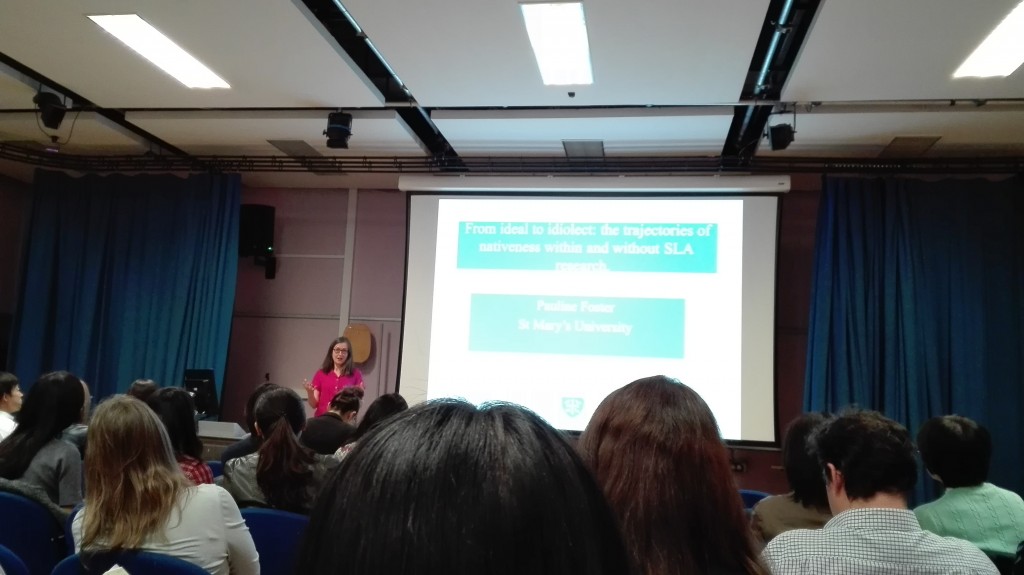 10.45 – 11.20
Pauline Foster (St. Mary’s University)
From ideal to idiolect: the trajectories of nativeness within and without SLA research.

Newbolt Report 1921: only Standard is a full language, the rest is full of lower-class vulgarismo. School is crucial for SE to root.

There are as many native languages as native speakers, rejection of monolithic views. No fixed target to aim for, no model to study no baseline. Scholz (2002) rejects this idea. Morgan (1986) mastery of prestige rules is exploited socially to signa, membership to a higher class. 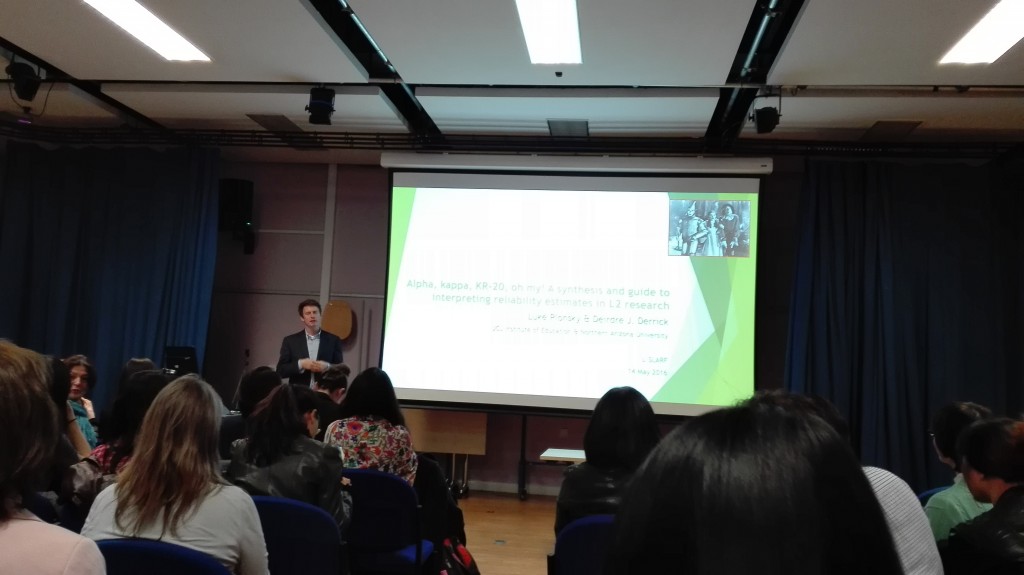 To appear in Modern Language Journal (2016)

An indication of the amount of error in the data.

Expressed as coefficient from 0 to 1 (alpha, kappa)

Internal consistency: instrument reliability: how similar are the items seeking to measure the same thing

Should not be applied blindly . Reliability as a continuum. There are lots of different variables that may impact reliability: samples (size, proficiency,), instruments and the indices used.

RQ What is the overall observed reliability in 2009-2013 SLA research? 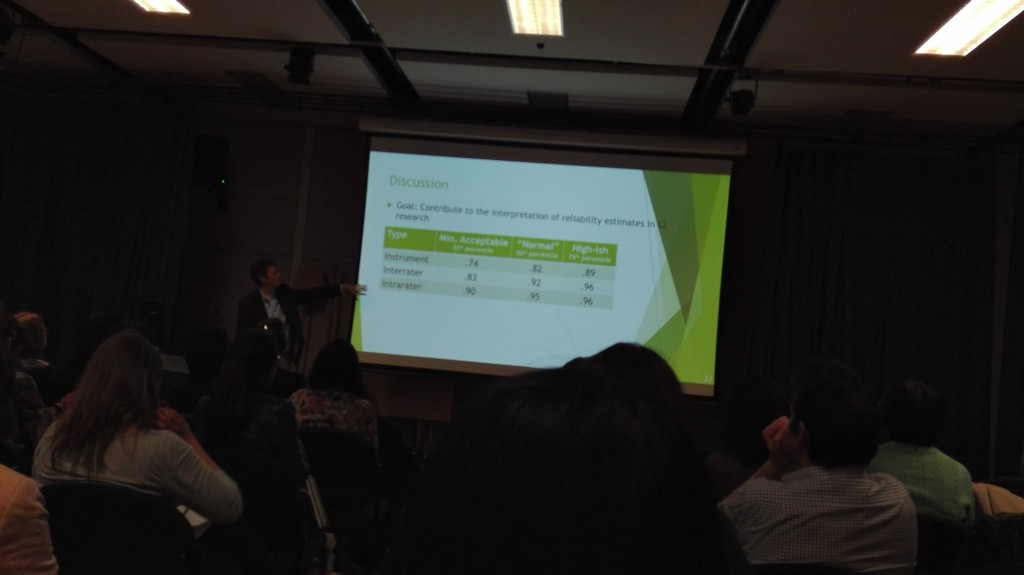 Reliability is getting reported more over time

As levels of informants increase, more instrument reliability: for  beginner 0.79

The more items in the scale the more reliable 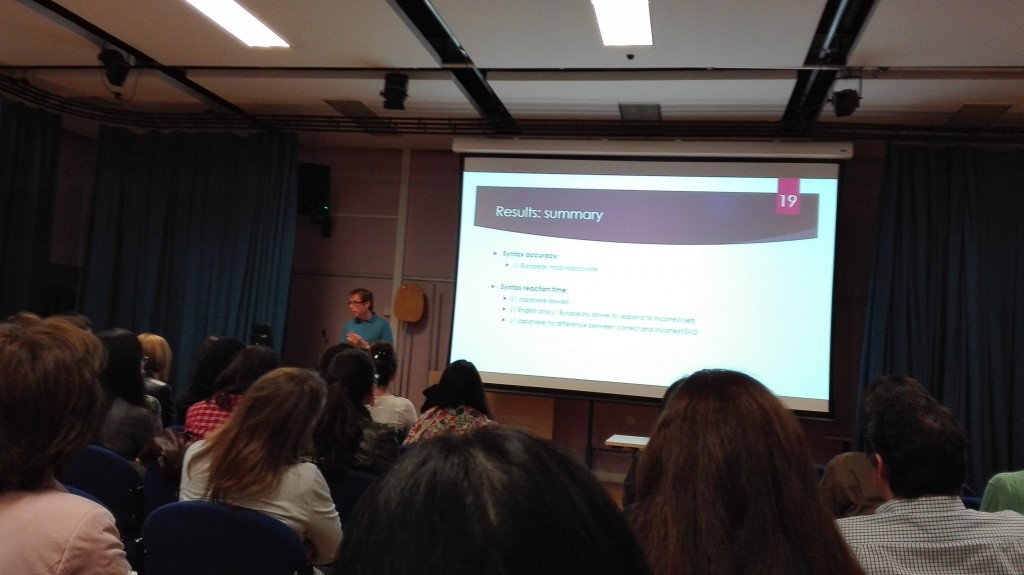 Groups of Japanese and Europeans and English NS

DMDX: response times and accuracy are interpreted to draw inferences about cognitive processing

They are looking at reaction times

There is a effect for grammatical category, so more difficult for all groups. 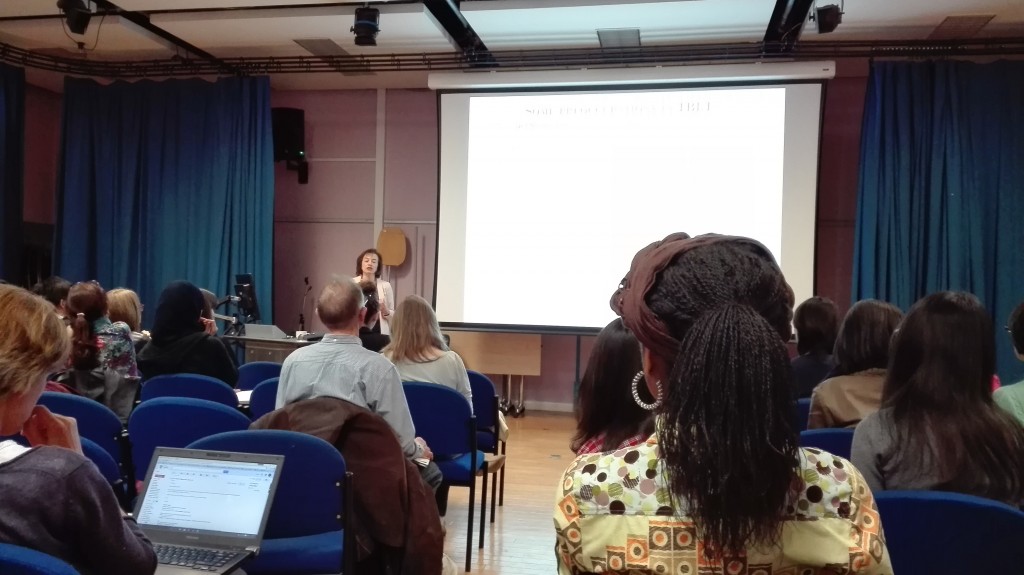 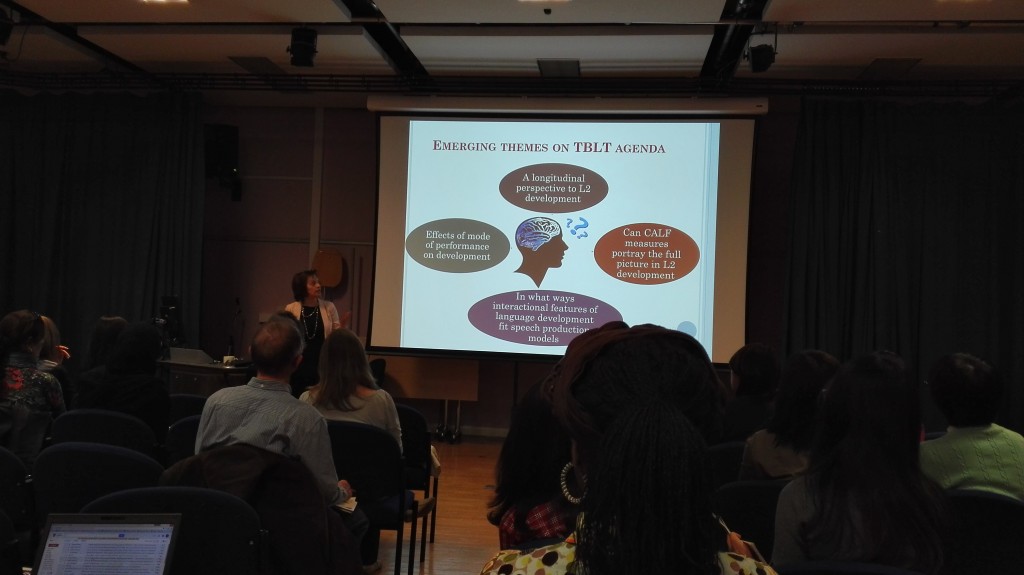 Palloti (2009, 2015): accuracy and complexity may not indicate interlanguage development

Revesz et al. 2014: fluency is a good predictor of proficiency 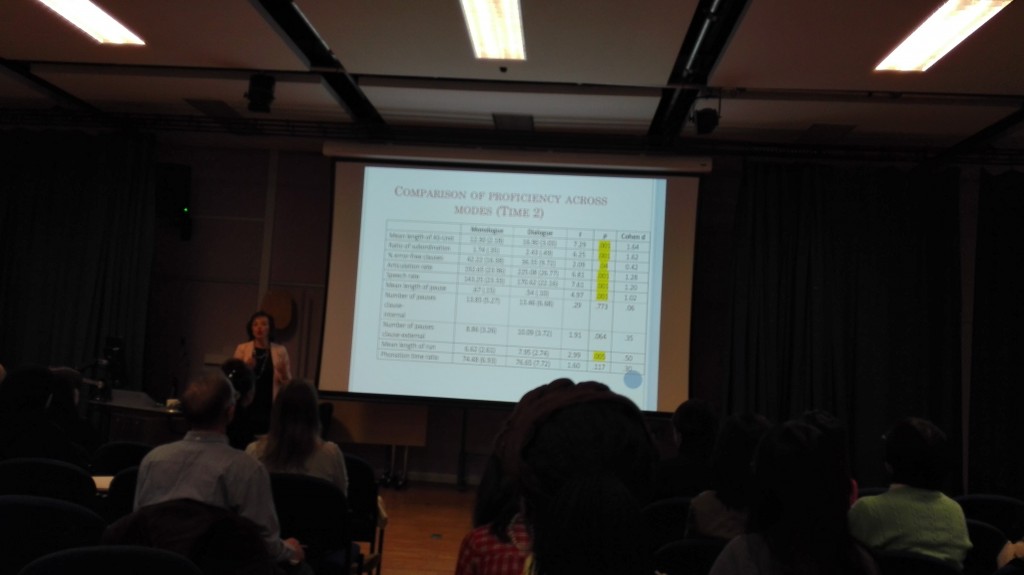 What else can be measured? Task accomoishment, fulfilling language function, development in intereactions 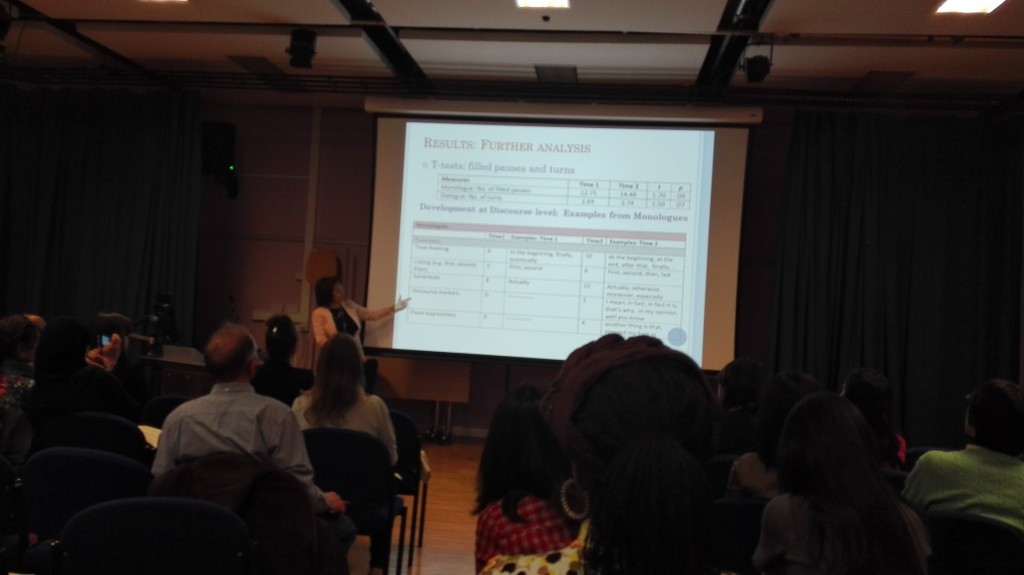 Much of the development at discourse level she looked at adverbials, particularly adverbs 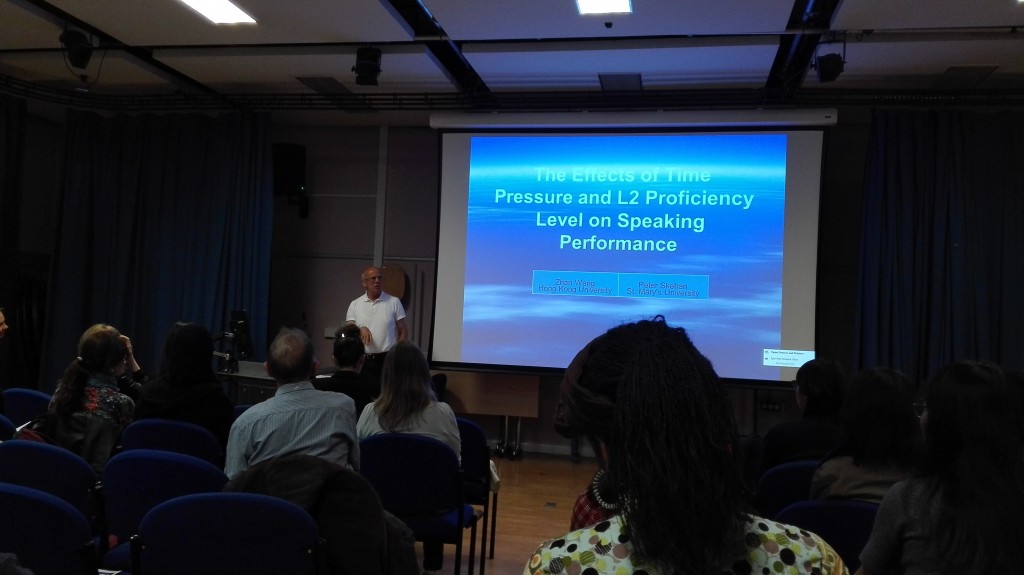